DISCLAIMER: Loneliness and lack of love may result in you finding this story cheesy and irritating. It is in no way the author’s fault if you feel this way, and he does not accept any responsibility. It is not his fault that he is a regular Casanova.

Nowadays, people can find love anywhere; online, at a party, in a bar, on a plane, train, bus… on a SANDEMANs Walking Tour… With Valentine’s Day just around the corner, we’ve decided to get romantic and share a story that shows how cupid can draw back his bow on our tours.

“We’ve decided to get romantic and share a story that shows how cupid can draw back his bow on our tours.”

The thrill of visiting a new city and discovering its unique beauty and charm is, in itself, a romantic concept, but this romance is only enhanced if you can share that experience with a special person. Whilst many lucky people may have already found that person to travel with, others travel alone or with friends, choosing (and/or hoping) to make some new acquaintances along the way.

This was the case in 2012, when Billy Fisher, a guide working with us at the time, was leading tours in the City of Love (or Paris, as it’s known to the un-romantics among us). Back then, our Paris Free Tour would end outside a now-defunct restaurant called ‘La Duquesne’, which Billy would often recommend to groups if they wanted to relax at the end of the tour. It was here that he left one particular group to hang out, converse, and forge new friendships. 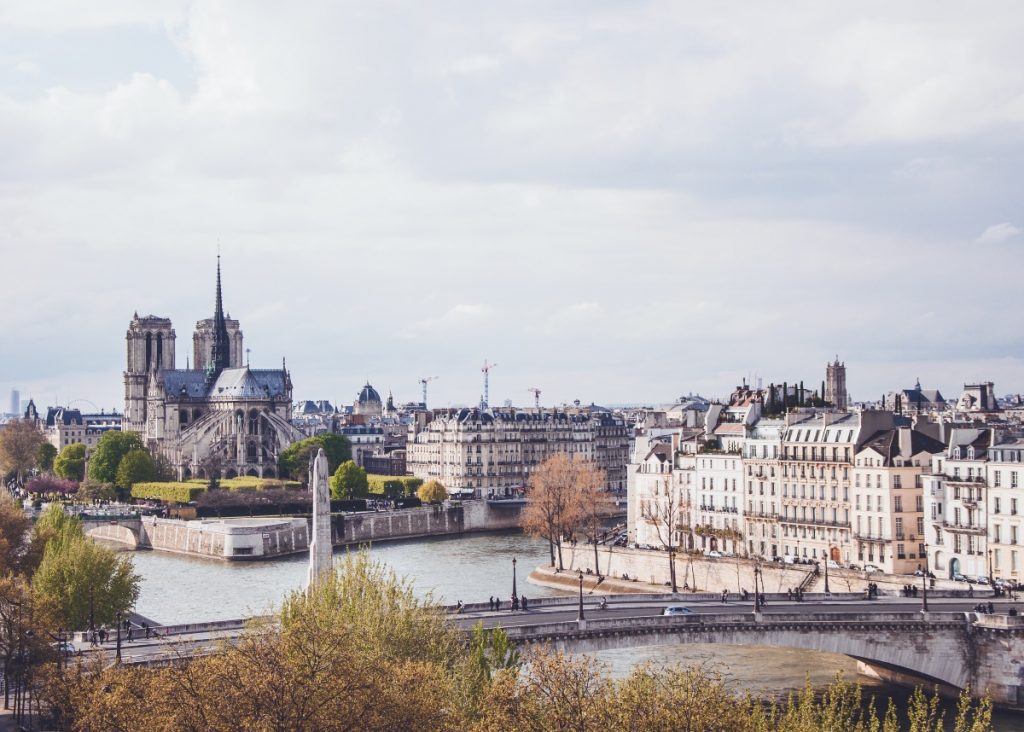 2 years on, Billy had shaved his beard and cut his long hair and was, by his own admission, unrecognisable. However, he’d made another major change, and was now guiding tours with us in Edinburgh (or ‘Auld Reekie’, as it’s known… for less romantic reasons). During a tour in Spring 2014, a guest in his group recognised a distinctive tattoo on his arm and remembered him from the tour she took 2 years earlier in Paris. Being an experienced guide, Billy had led many groups in the past and, to his embarrassment, did not recognise this particular guest. Of course, his memory may have been thrown off by the fact that she had a small baby strapped to her chest…

“During a tour in Spring 2014, a guest in his group recognised a distinctive tattoo on his arm and remembered him from the tour she took 2 years earlier in Paris.”

It was then that she informed Billy that she had met her future husband on his tour in Paris, and that the recent birth of their child had motivated them to travel as a family. Surprised and moved by this coincidence, Billy proceeded to spend the rest of the day with the family, showing that love and friendliness are common themes on a SANDEMANs tour.

So, when you’re exploring a new city with SANDEMANs, don’t hesitate to get to know your fellow travellers, as you could make a new best friend, or even meet the love of your life!

International law dictates that you have to visit Paris at least once ...